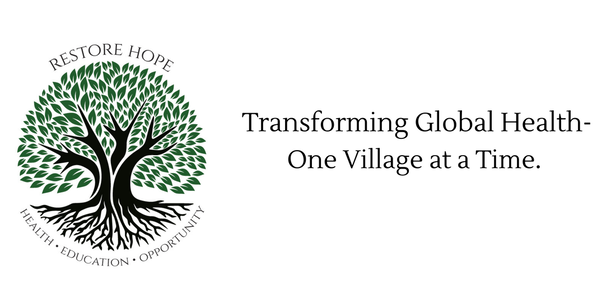 ​Our journey began years ago when our core founders were colleagues, working on health programs in contexts of protracted crises at various times across Africa. We shared a vision for what support to these communities could look like.

When the Ebola epidemic hit West Africa in 2014, we knew it was time to act.
​
This would be the largest and most deadly Ebola outbreak in history. The outbreak caused the collapse of Liberia’s health systems and near-total economic collapse. Schools were closed. At least 8,000 children had lost at least one parent to Ebola.
The Ebola epidemic occurred just 10 years after the end of Liberia’s brutal, 14-year civil war that had left the country in ruins. The fragile recovery from the war that had just begun to gain traction, came to an abrupt halt.
​
Kolahun, a rural area in northwestern Liberia, where several of our core founders had worked, was particularly hard hit by the epidemic. Kolahun faced monumental challenges – high morbidity and mortality, rising infant, child and maternal death rates, food insecurity, lack of safe water and sanitation, illiteracy and years of missed schooling. And a growing epidemic of exploitation and sexual violence.
During the epidemic, Liberia lost almost 10% of its physicians. The result: 111% increase in maternal mortality. Indeed, a hidden epidemic emerged as the health system collapsed and many thousands of additional, preventable deaths occurred.

During the war, fertile farm land returned to “bush” and fields were again abandoned during the epidemic, leaving Liberia needing to import nearly 80% of its food. The epidemic compounded the problem of missed schooling and the nation’s high illiteracy rate of 57%, by closing schools for an entire academic year to prevent the spread of the disease. Out of school and more vulnerable to abuse, teen pregnancy rates significantly increased, causing further school drop-outs.

Mass rape had been used as a tool of war — in one study, 75% of women had been raped. Sexual violence continues to haunt these communities.

In early 2015, with input from Kolahun officials, 75 especially vulnerable children aged 2-18 were identified. For these children, RESTORE HOPE: LIBERIA put in place a structure of support of healthcare and education - the critical foundations needed to stop the cycle of war, disease, and poverty.

Since then, our work has expanded, enrolling more vulnerable children and extending economic development opportunities to the RESTORE HOPE community.

​We now provide direct support to over 600 of the most disadvantaged/vulnerable women & children in Kolahun. Our reach extends to Kolahun District at large, a population of approximately 75,000, by supporting schools throughout the District and Kolahun Hospital, a Ministry of Health District Referral Hospital.
SIGN UP TO RECEIVE OUR LATEST UPDATES